Roger spoke at the ABN MD SIG Conference in Oxford last week on how he saw the treatment of Parkinson’s Disease in 2028. He talked about the possibility of more personalised therapies as well as the hope that we will be moving towards more aggressive interventions earlier in the disease course such as cells and gene therapies to target the dopamine loss that characterises this disorder. He then concluded by talking about using combination therapies to stop disease progression with each therapy aiming to stop a particular disease pathway as has been done so successfully with HIV infection and AIDS. 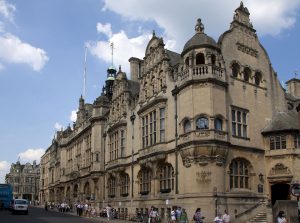 (Image credits – By Tony Hisgett from Birmingham, UK – Museum of OxfordUploaded by tm, CC BY 2.0, https://commons.wikimedia.org/w/index.php?curid=27388088)