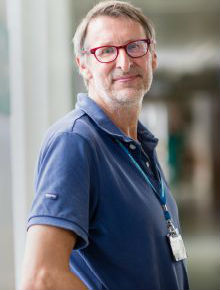 Roger Barker is the Professor of Clinical Neuroscience at the University of Cambridge and Consultant Neurologist at Addenbrooke’s Hospital Cambridge, PI in the MRC-Wellcome Trust Stem Cell Institute in Cambridge and Director of the UK Regenerative Medicine Platform in pluripotent and engineered cells. He trained in Oxford and St Thomas’ Hospital in London and after completing his general medical training undertook a PhD at Cambridge on neural grafting before completing his neurology training.

For the last 25 years he has run research that seeks to better define the clinical heterogeneity of two common neurodegenerative disorders of the CNS- namely Parkinson’s (PD) and Huntington’s disease (HD)- and the neurobiological basis of this. This has helped him define the best way by which to take new therapies into the clinic including drug repurposing, gene and cell based trials for patients with these conditions. 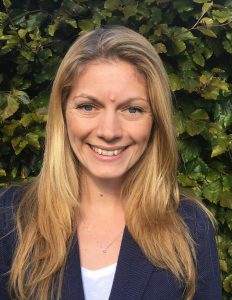 Caroline Williams-Gray is a Principal Research Associate at the University of Cambridge and Honorary Consultant Neurologist at Cambridge University Hospitals NHS Trust.  She studied medicine at Cambridge University and then Oxford Clinical School, graduating in 2001. She was awarded a PhD from Cambridge University in 2008 for work on the cognitive heterogeneity of Parkinson’s disease. She trained in neurology in Cambridge, Norwich and Queen Square, London. In 2013, she was appointed as Clinical Lecturer in the Department of Clinical Neurosciences in Cambridge, and she was awarded an MRC Clinician Scientist Fellowship in 2018. The overarching aim of her research is to better understand the clinical variability of Parkinson’s disease and the underlying biological basis of this, with the ultimate goal of developing more targeted therapies for different Parkinson’s subtypes. Using epidemiological, functional brain imaging and genetic approaches, her previous work has defined and characterised distinct cognitive syndromes in Parkinson’s, and developed predictive tools for dementia risk and poor outcome which can be used on an individual patient basis. A key focus of her current research is to investigate the role of the immune system in mediating clinical variability in Parkinson’s disease and progression to dementia. Her group are exploring this through post-mortem neuropathological studies, PET neuroimaging and studies of peripheral immune function in Parkinson’s patients.